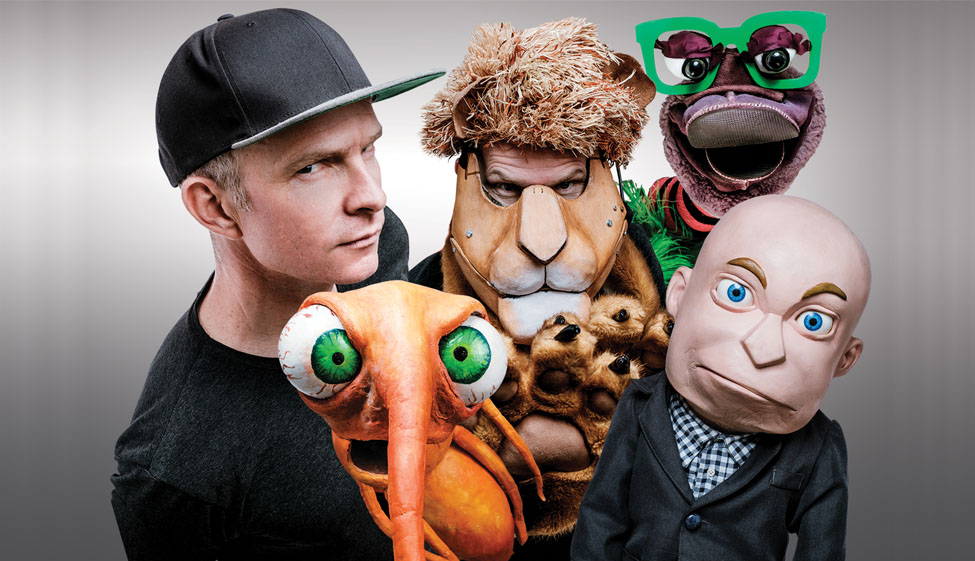 Conrad Koch is one of South Africa’s most in demand comedy talents. He combines hilarious comedy with world-class puppetry, and has won numerous awards, including Entertainer of the Year award, a Standard Bank Ovation Award from the National Arts Festival, The Times Comic’s Pen Award, has been nominated for the Comic’s Choice Comedian of the Year and is a double International EMMY nominated comedian.

He has worked all over the world, been featured on local and international television and is a frequent guest at some of South Africa’s biggest comedy events.

His most famous character, the puppet political analyst, Mr. Chester Missing, is a highlight on news channel eNCA, and was recently described as the star of the ANC’s Nasrec conference. The first puppet in history to win a court case, Chester has even written a book, and was named one of New African Magazine’s Most Influential Africans.

Conrad’s hit one-man shows have received standing ovations around South Africa and globally. He has performed at the prestigious Just For Laughs Comedy Festival in Montreal. He toured Canada during 2018, receiving 5 star reviews at the Winnipeg International Fringe Festival from both the Winnipeg Free Press and the Canadian Broadcast Corporation, selling out almost his entire run. The CBC said “my face hurt from laughing so hard”, describing Conrad’s work as “absolutely delightful and technically brilliant”, “Koch throws away more laugh lines than many shows have in the first place”.

Conrad has audiences in stitches by talking to himself through a variety of extremely eccentric characters. Self-ridicule has never been this fun. Meet Mr. Chester Missing, satirical political analyst, Hilton, an ostrich made from two feather dusters and a slipper, and DJ Hoodie, a puppet made from a hoodie who actually DJs, and a neurotic mosquito, called Mosquito. The show is highly interactive – audience members hilariously become the puppets. 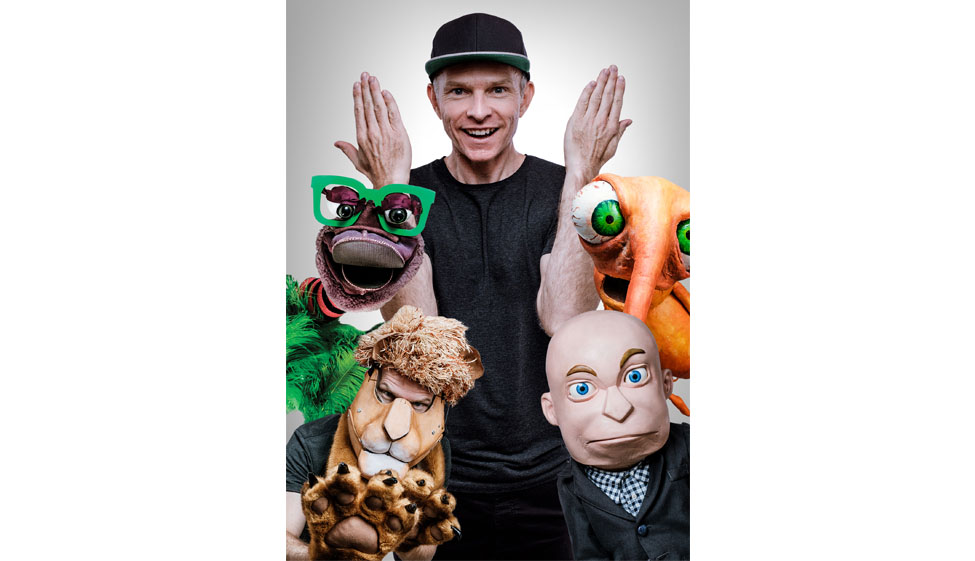 “Intelligent, unhinged ventriloquism at its very best” - The Star

“Reviews will use descriptive words like ‘pioneering’, ‘master-class’, and ‘mini renaissance’ but it really is that outstanding” - The Citizen

“Brings the roof down” - The Independent, London

“I almost cried with laughter” - The Herald

“Taking ventriloquism beyond anything in the UK or America” - Sunday Times, London

“You were truly hilarious and I hugely enjoyed the show! A million thanks for keeping it all together with such skill and professionalism.” - Bonang Mohale, Chairman of Shell SA

“Thanks so much for being part of our event – we have had such fantastic feedback from the event and without you it would have just been death by PowerPoint. Your ears must have been burning all day, because StorTech cannot stop talking about you.” - StorTech

“I’ve had an incredible amount of positive feedback on our session. You were awesome; many thanks.” - Dr. Brian Armstrong, Senior Managing Executive: Telkom Business