Born and raised in Cape Town and a proud resident of Mitchell’s Plain, Mel Jones describes herself as "the favourite" of three siblings.

A product of the Cape Comedy Collective's Comedy Lab workshops, Mel burst into the limelight with her unique confidence and sexy style.

She is a single mother, comedian, award nominated producer and an energetic entertainer. Her career started taking flight when she was fondly received at the Spier Amphitheatre only 6 short weeks after doing her very first open mic slot. Since then, you may have heard her on the radio as co-presenter of a very popular morning show, seen her on SABC3's Comedy Showcase, as their first hostess, no less, the Phat Joe show, the King Size Comedy Tour, the Blacks Only Comedy Show, Mind The Gap, The Heavyweight Comedy Jam, Kings & Queens of Comedy, the critically acclaimed comedy & sketch show, Bitches, the Vodacom Funny Festival where she was their very first female host, Comedy Central and there’s a strong possibility that you may have read about her in various magazines (not the ‘bikini’ mags – the edu-tainment ones. Ask her mom, she’s saved every copy). 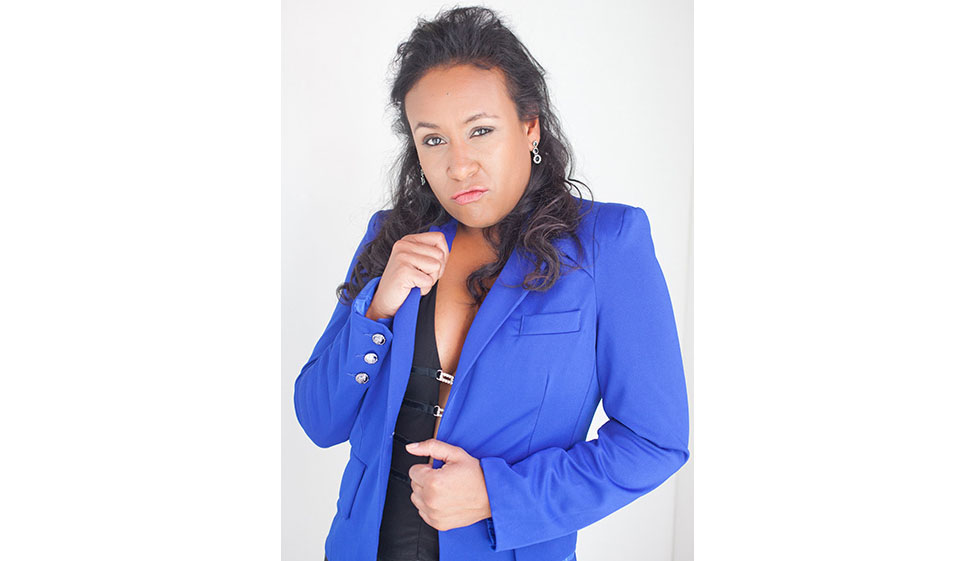 In fact, recently she was the guest editor for Khuluma magazine, Kulula.com’s in-flight magazine. She’s also been featured in a book called ‘Mitchell’s Plain – A Place in the Sun’ which led to an award winning production, which she starred in and was showcased at the Suidoosterfees at the Artscape in Cape Town for 2 years in a row.

The shows, ‘Doing It for the Money’ and ‘Still Doing It’ which she co-starred in with Tracy Klass have been met with great reviews as a Cape Town hit. Mel's made it her mission to bring laughter, smiles and warmth